The Shenyang JJ-1 (沈阳 歼教-1) was the People’s Republic of China’s first domestically designed jet plane, and thus it has a special place in Chinese aviation history. The JJ-1 was intended to serve a trainer role to help pilots transition from propeller planes to jets. The JJ-1 was not mass produced, despite its success since it was concluded that propeller trained pilots could easily move into jet engined planes. The JJ-1’s engine was also very difficult to repair. One JJ-1 still exists to this day and can be seen at the Chinese Aviation Museum in Beijing. 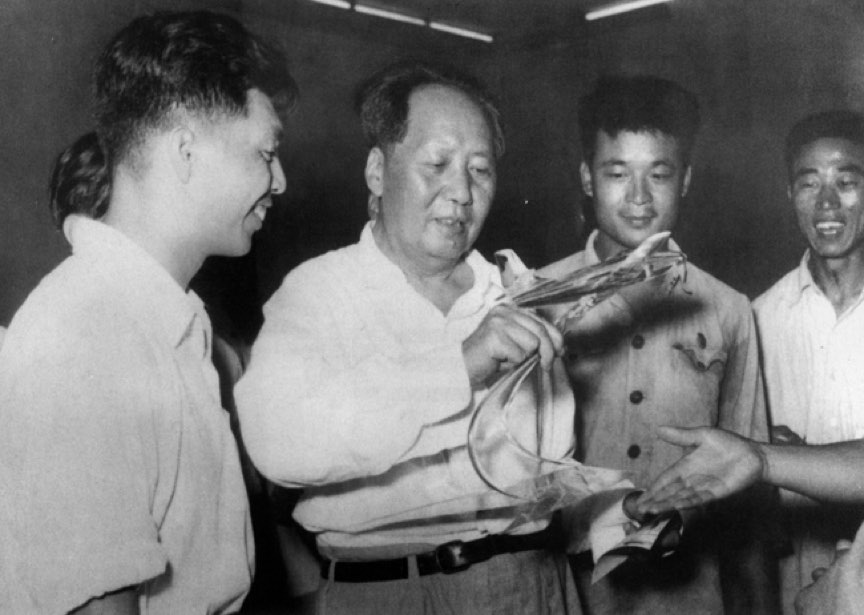 In the beginning of 1950s, the People’s Republic of China was still a relatively new nation. It was faced with the Korean War shortly after its formation. Due to the demands of the Korean War, China formed their aviation industry in 1951, focused solely on developing the economy and the People’s Liberation Army Air Force (PLAAF). The PLAAF was already formed prior to the industrialization using captured Nationalist Chinese, Japanese and American aircraft.

As the size of the air force began to expand, the high command realized that they needed a more effective way to train the pilots. China’s then ideology for industry was to copy the Soviet planes, gain experience from studying their blueprints, practice manufacturing them and design their own planes. Due to this ideology, China bought many Soviet aircraft. Among them are Yak-18s, MiG-15s, and MiG-17s. They successfully reverse engineered the Yak-18 with help from the Soviets, and branded their copy as the JJ-5. The JJ-5 successfully flew on July 3rd, 1954. The successful imitation proved that China was indeed capable of building aircraft, and they gained experience from doing so. With morale high, the Second Machinery Industry Department decided to design and develop a brand new aircraft.

On August 2nd 1956, under the permission of the Aviation Department, a department for aircraft design was created. It was named The Shenyang Department of Aircraft Design (沈阳飞机设计室). The government appointed Xu Xun Shou (徐舜寿) as the director, and Huang Zhi Qian (黄志千) and Ye Zheng Da (叶正大) as co-directors. The Shenyang Department of Aircraft Design was focused on studying Soviet aircraft designs, so China gained more knowledge and would not have to keep purchasing aircraft from the Soviet Union. The department would satisfy the needs of the air force and also form China’s own design team.

While designing the JJ-1, Xu Xun Shou (徐舜寿) evaluated China’s ability to produce aircraft and the needs of the air force. The original design criterion for the JJ-1 was that above all, it should prioritize pilot safety. The second criterion was that it should be on-par with American and the Soviet Union jet trainers. The third criterion was that all of the aircraft parts must be easy to produce, and be made with simple materials. The fourth criterion was that the aircraft itself should be easy to maintain, fly, and produced in China. After the basis of the aircraft was decided, a name had to be given. Three names were considered for the project: Eastern Wind 101 (东风101), Red Reserve 503 (红专503) and Annihilation Instruction 1 (歼教-1). In the end, they chose to go with Annihilation Instruction 1 (歼教-1) and gave it the code designation JJ-1.

During the design stage, engineers were faced with the difficulty of designing an aircraft from scratch with no prior experience. A turn of events led to a carpenter named Chen Ming Sheng (陈明生) to lead a small group of workers to create a wooden prototype for the designers within 100 days. This gave the designers the crucial information they needed to proceed with the design. Shortly after wind tunnel tests and evaluating the wooden mock-up, they sent the data to the USSR for advice and help. In total, it took 92 people to design and build the aircraft. The average age of the designers and workers was 22, which showed that China’s youth was capable of contributing to the nation. Most of the designers had studied abroad, mostly in the Soviet Union.

The design of the JJ-1 was fairly simple. It was an all metal construction with two air intakes on the sides of the fuselage. It had two seats in tandem, one for the student and one for the instructor. The student would sit in front while the instructor would sit behind. It also had a tricycle landing gear and straight wings. The plane was to be fitted with a single NR-23 cannon. No sources specify how many rounds the gun would have, but it is generally assumed to be 50-100.

The powerplant of the JJ-1 was the SADO PF-1A turbojet, which was a copy of the Soviet Klimov RD-500, which itself was a copy of the British Derwent V turbojet. The JJ-1 would also be fitted with a RCP-3000 generator with two 12-CAM-28 batteries. Other than the tachometer and fuel gauge, every other flight instrument was borrowed from the J-5 (Chinese copy of the MiG-15). The right wing had a pitot tube (ПВД-4) to measure indicated air speed, while the left wing had a counterbalance to even out the weight made by the pitot equipment on the right wing. The radio that was installed was an ultra-short wave radio for communication with the control tower (РСИУ-3М). The inflight radio model installed was the СПУ-2, which was meant for communication between the student and the instructor. An ОСП-48 landing equipment model was also installed, meant for bad weather landings and emergency landings.

The JJ-1 vaguely resembles the Lockheed P-80 Shooting Star with elements from the Hawker Sea Hawk and the Grumman F9F. Surprisingly, it took very little influence from Soviet aircrafts.

In total, two airworthy JJ-1s were produced used for flight testing, while an additional wooden mockup was used for static tests.

Within 100 days of the design being completed, the JJ-1 was manufactured and ready for air trials.

On July 26th 1958, the prototype of the JJ-1 was towed out of the hanger onto the airfield in preparation for the first test flight. . The test pilot was Yu Zheng Wu (于振武), a selected pilot from the PLAAF. The event was marked by a celebration among the factory workers and designers. The plane successfully took off after a green signal flare was fired from the aircraft control center, marking the first successful flight of a domestically designed aircraft in China. The plane climbed to high altitude while testing controls and maneuverability. When the plane landed, Wu was congratulated by onlookers for the occasion. One interesting thing that Wu suggested that the plane could be a potential close air support vehicle, as it could slow down to a stable speed to approach enemies and speed off when needed.

The Ministry of Aviation decided to inspect the JJ-1 for themselves after the first successful test flight. Marshal Ye Jianying (叶剑英) and Commander Liu Yalou (刘亚楼) came to inspect the aircraft. Both of the men were impressed with the performance of the aircraft. The test pilot Yu Zheng Wu (于振武) performed an unplanned low altitude aerobatic maneuver in front of the two men. This action left the onlookers cheering and applauding.

In October of 1958, the JJ-1 successfully completed its trials. Shortly after the annual celebration of the formation of China, the two airworthy JJ-1s were brought to Beijing to perform in an air show. Mao Zedong and the other official government staff were thoroughly impressed with the design, and deemed it successful. In November, while the two JJ-1s were returning to Shenyang from Beijing, one of the aircraft’s suffered a turbine fan failure. Despite this, both of the JJ-1s managed to return to Shenyang. Unfortunately, the factory was unable to fix the fans as they had no experience in repairing engines.

Due to the factory’s inability to fix the turbines, the government questioned the effectiveness of the designers and factories. In the end, the Ministry of Air decided to not mass produce the JJ-1 despite it being very successful in trials. The Air Force also realized that the transition of propeller plane trained pilots to jet engine planes was relatively smooth, and a jet trainer was not required. This put an end to the JJ-1 project once and for all.

Only one of the three JJ-1s still exists to this day, and it can be seen at the Chinese Aviation museum in Beijing. The aircraft on display was the one that suffered the engine failure during mid-flight.