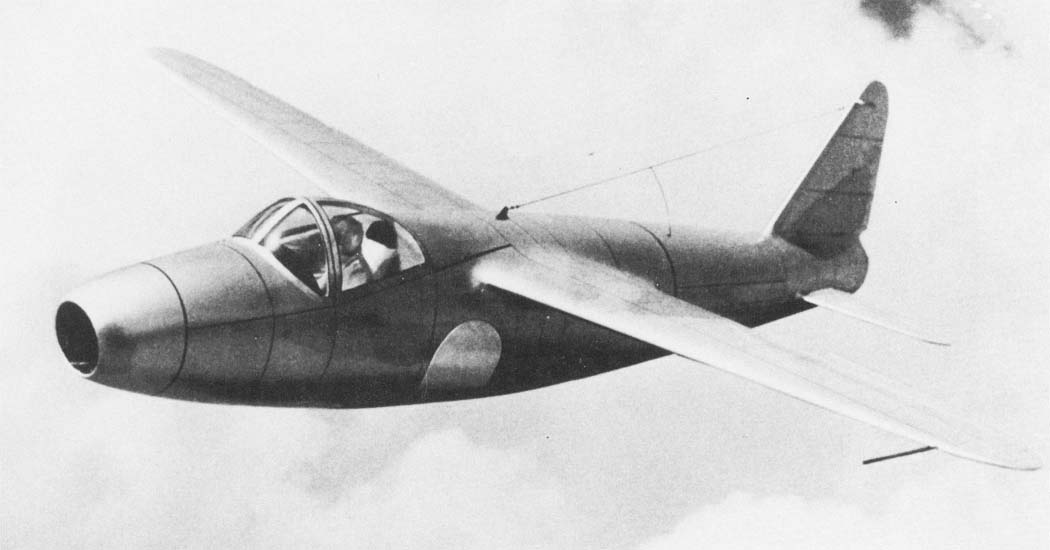 On the 27th of August 1939, test pilot Erich Warsitz made the first test flight above the Rostock-Marienehe factory airfield with the new Heinkel He 178. With this flight, the He 178 went in to history as the world’s first fully operational jet-powered aircraft.

In March 1936 Dr Hans Pabs von Ohain, a pioneer of the gas-turbine engine, and Max Hahn were hired by aircraft designer and manufacturer Ernst Heinkel, founder of Heinkel Flugzeugwerke. Their objective at Heinkel was to design and build a working turbojet engine. The concept of a jet turbine engine was not something new at the time, but no one had applied it efficiently or used its potential for the development of the future of aviation. 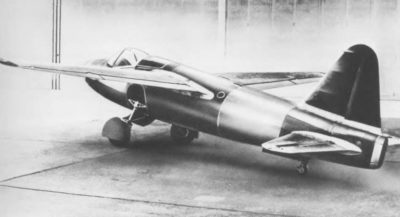 Other German firms also showed interest in the radical and revolutionary idea of new jet engine technology, especially Junkers Flugzeugwerke. Junkers engineers would eventually develop the first operational combat jet fighter in the world, the Me-262. Heinkel hoped to achieve building the first operational and functional jet engine before all other firms, as quickly as possible.

In September of 1937, the first prototype of the new turbo-jet engine, named HeS 1 was demonstrated. It could achieve a thrust of 551 lbf (250 kgf). The next version, the HeS 2, was deemed a complete failure, with only some 198 lbf (90 kgf) of thrust and subsequent work on this design was abandoned.

The next developmental model, the HeS 3 was ready and tested in 1938. The HeS 3 reached 970 lbf (440 kgf) of thrust, weighing 793 lbs (360 kg) and had a diameter of 3 ft 11 in (1.2 m). Heinkel used one modified He 118 plane and equipped it with this test jet engine slung under its fuselage. This was however not the first operational jet aircraft, as the testbed took off and landed under its own piston engine’s power. This flight is generally considered to be a success. 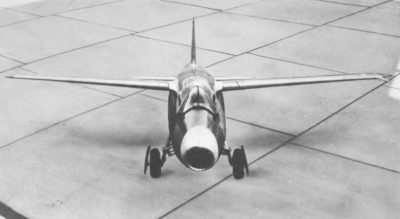 A new upgraded HeS 3b, upgraded from the earlier 3a version, with some 1,100 lbf (500 kgf) of thrust, was ready to be tested in 1939 in a specially designed aircraft, the He 178 which had been completed earlier that year.

The He 178 was a shoulder wing aircraft, made mostly of wood with a semi-monocoque metal fuselage.  The He 178 was equipped with retractable landing gear. The pilot’s cabin was located well forward of the wing’s leading edge. The jet engine drew in air from the front nose inlet, with the jet exhaust emerging from a long narrow pipe at the rear of the aircraft, in the tail. Later a new HeS 6 engine was installed, with 1,300 lbf (590 kgf) of thrust.

The characteristics of the He 178 were as such: maximum speed with the HeS 3b was 580 km/h (360mph). The theoretical estimated maximum speed was much higher, up to 700 km/h (435 mph), but the question of whether it could have been successfully achieved lingers. Service ceiling was 7000m and the effective range was some 200 km. 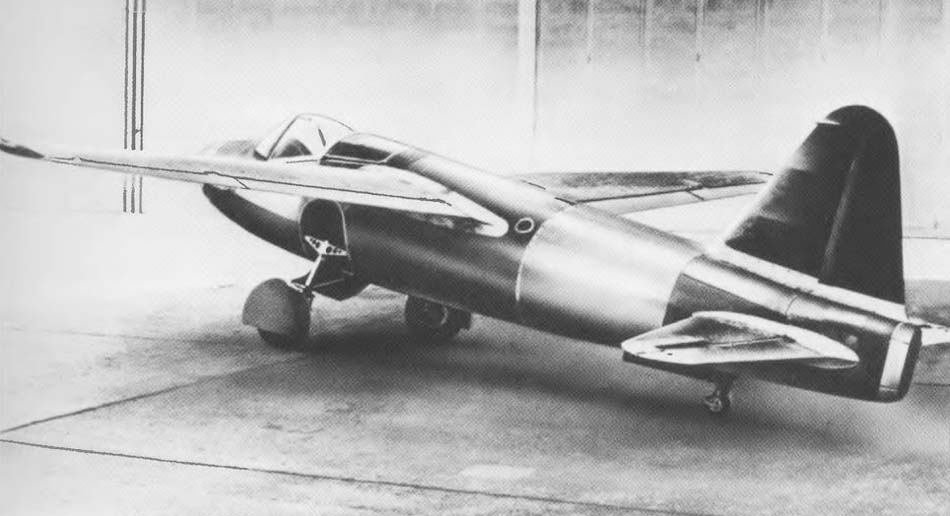 On its first test flight the engine ingested a bird which caused some minor internal engine damage, but the pilot managed to safely land the plane. Despite this incident this first test flight was considered a success. After several more test flights were accomplished, the first He 178 (V1) was placed in the air museum in Berlin, where it would eventually be destroyed in a 1943 bombing raid. Soon after, the assembly and production of the second plane was ready with some modifications, most importantly larger wings. The second  prototype (V2) never flew, and it is not known if it was ever completely built. It’s fate is unknown.

Luftwaffe officials showed little interest in jet aircraft with fuselage mounted engines, due to the increased complications involved in their design and maintenance. Fuselage mounted engines required more rigorous technical inspections, presented production complications, and were overall seen as less efficient designs. Officials instead preferred fighter aircraft with wing mounted turbojet engines, such as the later Me 262 and He 280.  In the end the He 178 project as a fighter aircraft was abandoned. 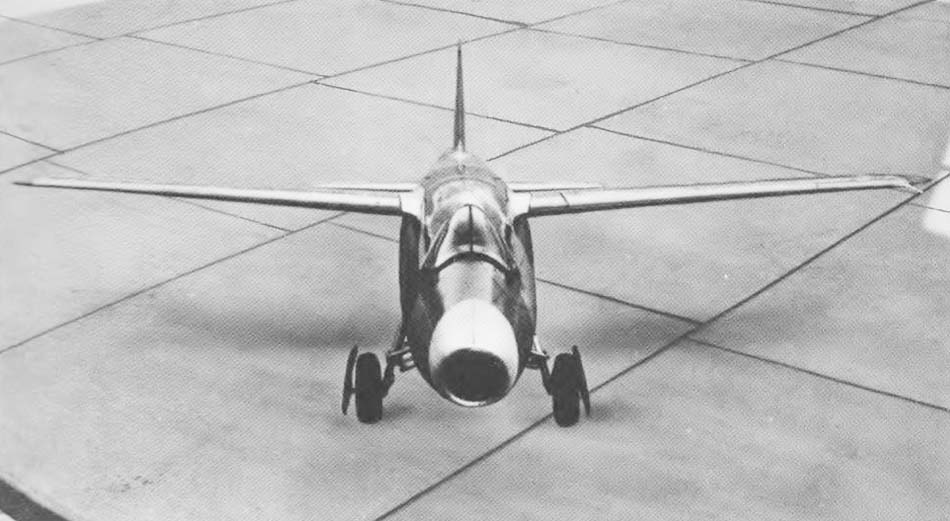 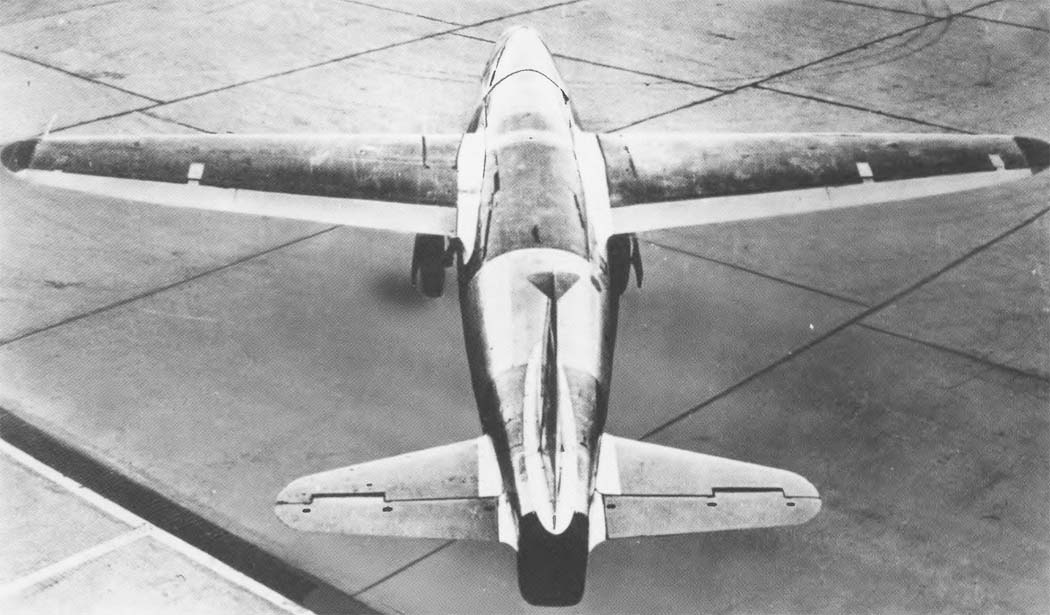 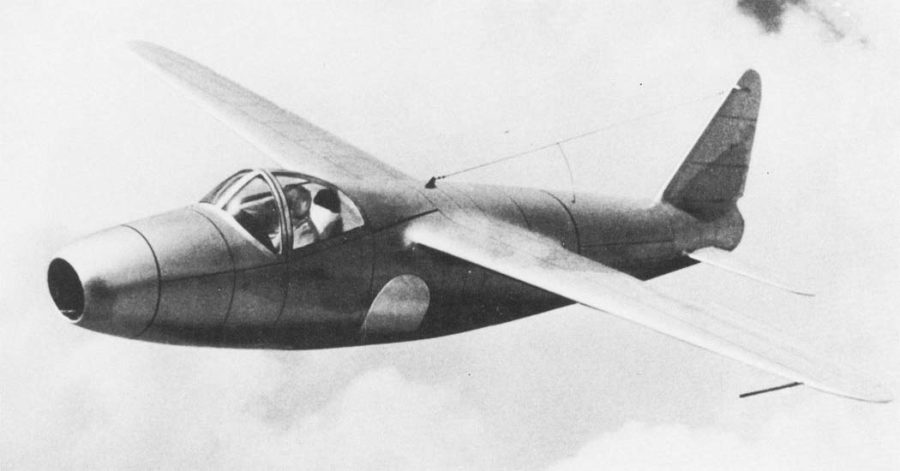