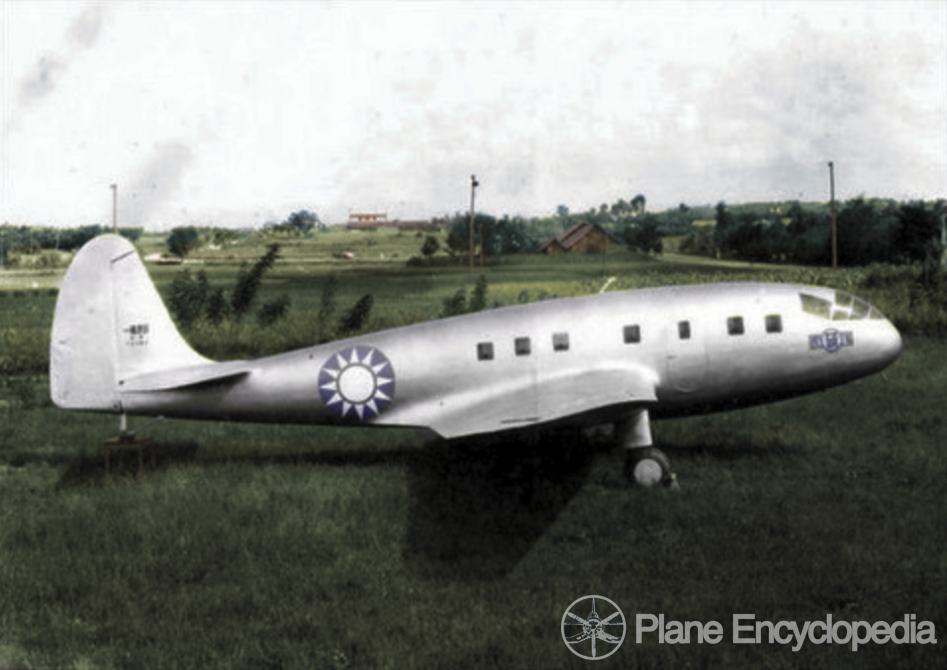 The XG-1 was a glider developed by the 3rd Air Force Aircraft Manufacturing Factory Republic of China in 1943 with the intended purpose of transporting paratroopers and supplies behind enemy lines. It holds a special place in aviation history, as it was the first glider in the world to be built with bamboo. It would never see service, as the war ended and the air force was demobilized. It would meet an unknown fate after 1947. With the lack of information and documents detailing it, the XG-1 remains one of the world’s most obscure gliders.

Ever since gliders were introduced to China in the early 20th century, they were never as popular as powered planes. In early-mid 1943, the Chongqing Aeronautic Research Institution received Allied gliders (such as the Waco CG-4A) and realized the practicality of glider based transport. The ROCAF (Republic of China Air Force) then decided to develop their own transport glider. Due to this need, the vice president of the Chongqing Aeronautic Research Institute, Wang Zhu (王助), began closely studying the development of gliders.

During the mid 1940s, the Chinese established paratrooper schools in Kunming with assistance from America. The paratroopers went through 9 months of training and were kept in reserve. The Chinese did not prioritize paratroopers but saw their potential near the end of the war.

In late 1943, the glider project was well under way. The glider would be named 研滑-1 meaning “Experimental Glider”. The Latinized designation would be “XG-1”. Wang Zhu designed the glider to be built with wood and high quality Sichuan bamboo, a first in glider development history. Everything except the landing gear, cockpit instruments, and control sticks were made with bamboo. The XG-1 was specially designed to be able to glide behind enemy lines, to drop and supply paratroopers. Due to unknown complications, the XG-1’s production was delayed until 1946, when a single example was produced by the 3rd AFAMF.* The XG-1 would have been able to carry 30 fully equipped paratroopers with two pilots.

After the XG-1 was produced, Wang Zhu immediately pressed the Air Force to begin trials. However, due to the end of the war and a massive reform in the Air Force, the XG-1’s test flight was denied. Very angry that all his work was for nothing, he resigned from his position as vice president of the Research Institute and went back to his former job at CNAC**. Interestingly enough though, the XG-1 was rumored to have been test flown in 1947. This was likely due to the need of a transport aircraft during the Chinese Civil War. Another 5 examples of the XG-1 was produced between the years of 1945 to 1947.

The XG-1 would meet an unknown fate after 1947, much like many other domestically designed prototype planes. There are theories as to what could have happened to the prototype:

However in the end, these are all theories with no evidence to prove it.

The XG-1 slightly resembled the Douglas DC-2, a relatively popular and common plane in service with the Chinese at the time in civilian airliners. As Wang Zhu used to work for CNAC, it could be assumed he used it as a base model during the development of the XG-1. The XG-1’s structure consisted mostly of bamboo and wood, but was painted over in metallic paint.

The landing gear and cockpit instruments were all American made, while everything else was domestically made. The landing gear was in a fixed position, meaning that it couldn’t be retracted. There were small windows installed on the side of the plane for the paratroopers to look out of. The glass that was installed was made domestically.