The 2nd AFAMF Zhongyun was an indigenous designed Chinese passenger/cargo transport plane, which would see limited service within the Republic of China Air Force. In terms of speed, the Zhongyun series was evaluated by factory test pilots and deemed superior to the Douglas DC-2 the Chinese had in service at the time. Unfortunately, like many prototype planes of that time, the ones that were produced would meet an unknown fate as World War II ended and the Chinese Civil War began. However, a replica of the Zhongyun 1 can be seen in the Beijing Aviation Museum.

During the early stages of the Second Sino-Japanese War, the Nationalist Chinese government lacked an effective means of transporting supplies to the frontlines due to Japanese aerial superiority and the rapid loss of ground. Due to this, the Ministry of Aviation issued an order to Chinese factories to design an effective cargo plane suitable for Chinese airfields. Another requirement was to be capable of transporting a reasonable amount of cargo while having decent performance. The Second Air Force Aircraft Manufacturing Factory (AFAMF) in Chongqing proposed a cargo plane made out of quality Szechuan wood, and was approved.

The design of the new cargo plane began in 1941 with 林同骅 (Lin Tong Hua) as the Head Designer, 顾光复 (Gu Guang Fu) as Vice Head Director, and about 20 people as assistant directors. The name assigned to this project was “C-0101” (later renamed Zhongyun).  Due to the ongoing war, the factory wanted to complete the design as quick as possible, so they designed and manufactured at the same time. In the Autumn of 1942, the design was finalized, but the designers were faced with one big problem. They did not have a wind tunnel to use, making them oblivious as to whether or not the design was stable. All the performance estimations were calculated by hand and paper, which simply wasn’t safe enough due to possible defects the designers overlooked, or the designers calculated the performance wrong. Shortly after the design was completed, the project was temporarily halted for an unknown reason. 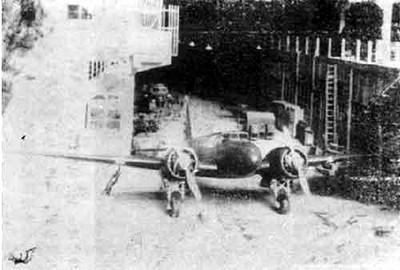 The project was revived in 1943, and the designers refined the C-0101 by reworking the ailerons and various other small things. Finally, in August of 1944, the C-0101 rolled out of the factory line, powered by two Wright R-975E-3 “Whirlwind” engines. The C-0101 stood by until the summer of 1944 when the Japanese launched Operation Ichi-Go, where it was evacuated along with the factory. The C-0101 was disassembled into smaller parts and loaded onto many trucks. It took a week for the convoy to reach the new factory in Chongqing. The convoy only travelled at night and hid during the day to avoid Japanese reconnaissance and fighter planes. When they finally arrived, the C-0101 was quickly reassembled.

In late October of 1944, the C-0101 would take off for the first time. It flew over the Chongqing Bashiyi airfield for 20 minutes before landing. The test flight was a success. Lin Tong Hua was thoroughly impressed with the performance, and opted to board the plane in its next test flight. The next test flight would be on November 18, 1944 from Bashiyi airfield to Chengdu. This time, the plane was piloted by 李新唐 (Li Xing Tang) with 彭成 (Peng Cheng), Lin Tong Hua and Gu Guang Fu as passengers. The test flight lasted around an hour without any problems. En route to Chengdu Airport, Li Xing Tang noted that the plane’s speed and handling was superior to the Douglas DC-2, the most popular cargo/passenger plane in China at the time. The C-0101’s landing was observed by members of the Institute of Aviation.

Shortly after landing in Chengdu, people wanted to see the C-0101 in action again, so a new pilot was assigned and 高作揖 (Gao Zuo Yi), a designer from the Institute of Aviation, boarded the plane with Lin Tong Hua again. The plane would then perform various flight tests before landing again. The plane performed exceptionally well and was met with positive feedback. In celebration of the successful testing, the C-0101 was renamed to “中运-1” (Zhongyun 1) meaning “China Transport 1”. However, with the abundant supply of American C-46 and C-47 transport planes, only one Zhongyun 1 model was built. The designers still worked on improving the design, however.

Sometime after the Zhongyun 1’s test flight, there was an idea to create a bomber variant of the Zhongyun 1. The bomber variant was still its very early design stages when the Japanese capitulated. The Chinese then cancelled all work on the Zhongyun bomber since there was no need for such a plane anymore. This was also due to the 2nd AFAMF already exceeding their budget.

In 1946, the Zhongyun 1 was given to the Republic of China Air Force to serve in a transport unit. The designers then began working on the Zhongyun 2. The Zhongyun 2’s construction was similar to the Zhongyun 1, with some minor improvements. For example, the Zhongyun 2’s landing gear was taken from a retired P-40B, the fluidity of the ailerons were improved, and the passenger cabin was made more comfy. The plane would once again be made out of a mix of wood and metal.

The Zhongyun was a domestically designed plane made from wood and metal. The design resembles a tubular cylinder with a rounded, pointed nose. The Zhongyun series used components taken from scrapped planes, and used American instruments in the cockpit. Zhongyun 1 had three windows on each side of the passenger’s compartment, followed by a door near the tail. This would later change to four windows in the Zhongyun 2, with the last window after the door.

One thought on “2nd AFAMF Zhongyun”