The Morane-Saulnier N was a mid-wing monoplane aircraft that became the first French fighter aircraft. Built in 1913, it was in service with the Aeronautique Militaire in the early days of WWI. Also used by the British forces, mainly as a fighting scout airplane due to the shortage of similar planes from England. This plane also entered with limited numbers in service with the 19th Squadron of the Russian Air Force. The main roles were interception, scout and fighter. Armed with a single Hotchkiss 7.7 mm or 7.9 mm machine gun – later on with a Vickers gun –, the propeller was equipped with steel deflector plates, as the machine gun fired. At the same time, it was the first fighter plane to incorporate a rudimentary version of a synchronizing gear for the machine gun, so the weapon could fire between the blades of the propeller. Given its imperfection, the aforementioned plates were necessary to prevent “loose” bullets to damage the blades. But it was also the first model to incorporate a machinegun in a single seated aircraft, as previous models use to have an additional man to serve the machine gun. Dubbed as “the Bullet” by the Royal Flying Corps pilots due to the shape of the spinner. A Monocoque mid-wing aircraft, the airscrew had a large spinner, dubbed ‘la casserole’, that left few openings for cooling the engine. This left the airplane non-operable in hot-weather. The aircraft wings were made of wood with fabric, having flexible tips to allow warping. Despite its monocoque design, in reality the circular section was formed by a wooden frame with fitted light stringers. The elevator was fitted to a triangular fin, while the undercarriage usually had a M shape. These characteristics made of the Saulnier N a very aerodynamic airplane, but also a quite complicated plane to control. The aircraft was a lightweight at a point that it had a very fast landing speed and rather complicated handling, as the controls were very sensitive.

The Bullet in Service

The Morane-Saulnier N is a plane that, during service made history in many ways. It began its career as most of the military aircraft of the early days of WWI: as an observation and scout plane. After the later-renown aviation pioneer and first combat pilot Roland Garros performed some combat actions in 1915, this airplane became the first fighter engaging in aerial combat on April 1 1915, near the English Channel, in Belgium. As a result of this action, the Saulnier became for a period of time the standard fighter of the Aeronautique Militaire, granting the allies some air superiority. Besides the earlier French Airforce, the Saulnier N entered in service with British Squadrons 3rd and 60th, armed with Lewis Guns, the Russian 19th Squadron and three units with the Ukrainian Air Force. Roland Garros was the first combat pilot while flying with a Saulnier – N, armed with a Hotchkiss machine gun. But the Saulnier N was also the plane where other two WWI French aces became aces. He first was Navarre, who was the first French ace. The second ace was Pegoud, an exhibitions pilot before the war, who shot down six enemy aircraft. 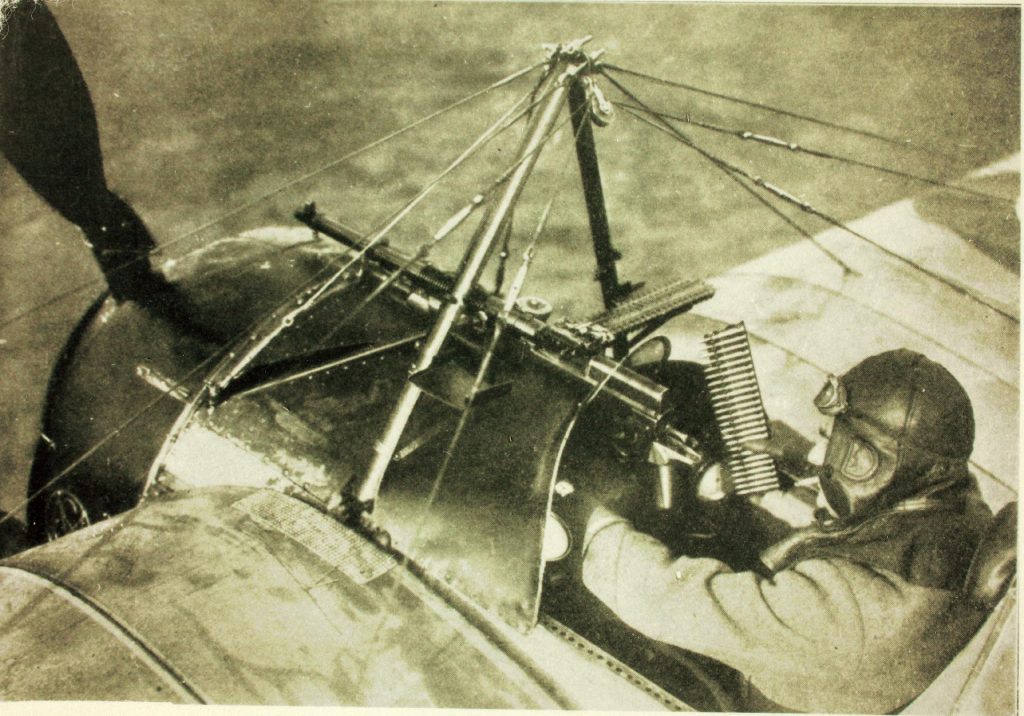 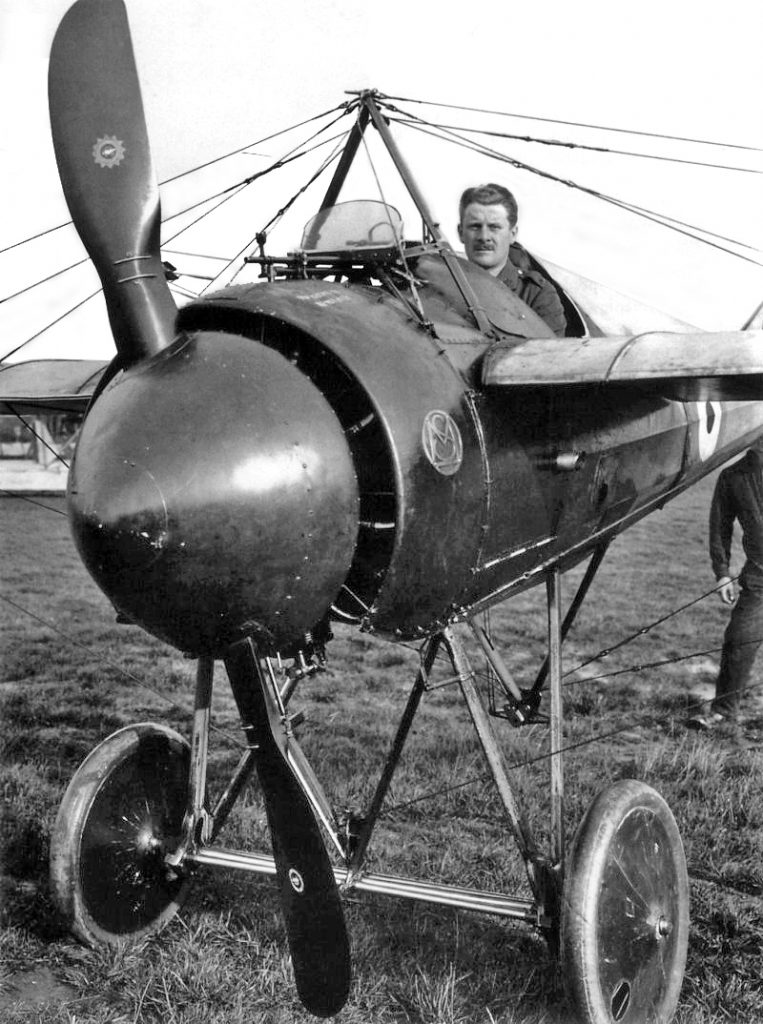 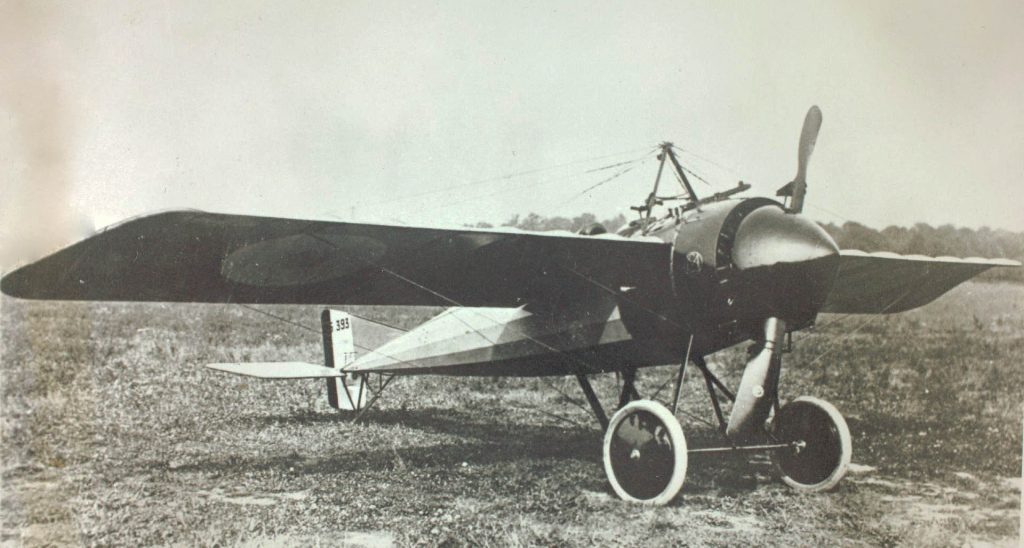